Foundation for the Collection and Exhibition of Woodcarvings Brienz

Origin and context of the foundation

The first tentative signs of wood carving as an industry which was soon to flourish, emerged in Brienz soon after the first Unspunnen festivals in 1805 and 1808, which were the real cradles of development in the upper Bernese Oberland. Details of the impressive history can be found here.

Brienz soon developed into the flourishing centre of a distinctive and varied woodcarving industry with a number of enterprises and woodcarvers that fluctuated over two centuries and who, particularly in the 19th century, achieved national and impressive international award-winning works. Woodcarving provided many families in the mountainous region with a valuable income.

Numerous and artistically significant woodcarvings from Brienz and the Bernese Oberland are owned by families throughout Switzerland. Many of their current owners still have extensive knowledge about the origin of their treasures and about the history of woodcarving. Both the objects and the knowledge are threatened by generational change and will be lost for good without resolute action.

Against this background, concerned personalities from the cultural, political and economic spheres of the Brienz region gave the impetus in 1990 to establish the “Foundation for the Collection and Exhibition of Woodcarvings Brienz”. The aim of the foundation is to promote the preservation and support of wood carving in the long term and to ensure that important woodcarvings are returned to their place of origin.

The museum was founded in 2009 in line with the objectives of the foundation. It is dedicated exclusively to woodcarving and bears the name Swiss Woodcarving Museum. It is called “Swiss” because, beyond its museum objectives, it also cultivates contact with the broader contemporary wood carving scene. The museum does not possess any objects of its own. It draws on objects from the Foundation’s collection, on loans from the Woodcarving School and on private collections of carvings from Brienz and the Bernese Oberland, as well as on a professional exchange with other museums.

Purpose of the foundation

To collect, preserve and make available to the public woodworks, woodcarvings and all related objects and documents.

Woodcarving in Brienz is included in the list of living traditions of Switzerland.

The Foundation for Woodcarving is sustainably committed to the preservation and support of woodcarving and aims to actively promote the return of significant woodcarving works to the place of their origin.

The museum provides an insight into a long tradition, its significance today and the wide range of creative work from the Brienz region and the whole of Switzerland.

According to our foundation’s statutes:

Our board members are widely based and bring not only broad expertise, various partners and strong commitment, but also a great passion for woodcarving, on a regional and national basis.

We depend on your support. Why not become a friend and patron of the Foundation for the Collection and Exhibition of Woodcarvings and support the Swiss Woodcarving Museum?

The following partners support the Foundation for the Collection and Exhibition of Woodcarvings Brienz and the Swiss Woodcarving Museum. 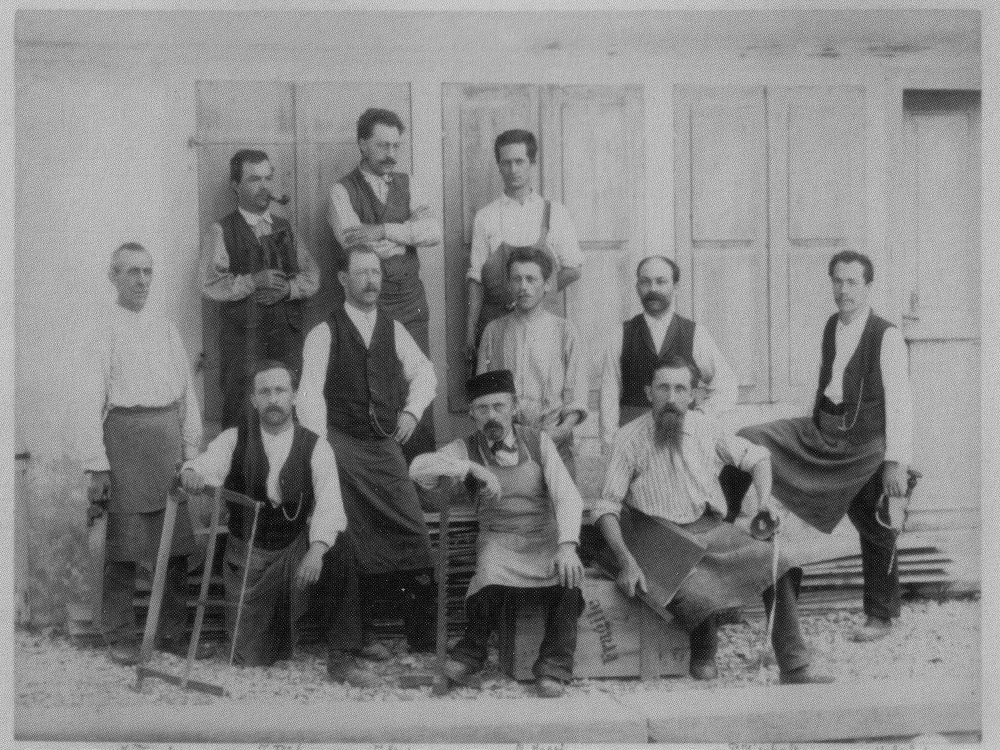 Documents, certificates, photographs, annual reports, literature and newspaper cuttings in the museum provide an interesting insight into the great work of times gone by.